Among my New Year’s resolutions were to get my physical health in order and publish this blog once a month. Mammogram – check. Annual (or, in my case biennial or triennial, but I am turning over a new leaf) physical exam  – check. Colonoscopy – ummm…. Blog – ummm…

It’s January 31, so I am getting this blog in just under the wire.

As for the colonoscopy… Should you be inclined to use the search term colonoscopy on Google, or better yet, colonoscopy humor, all roads will eventually lead to a piece written by Dave Barry in 2008. If you search Google images, you’ll find Dave Barry’s colonoscopy certificate.

There’s also a Dave Barry colonoscopy hit on You Tube, but I felt had taken my research far enough and didn’t need to peek any further into Mr. Barry’s particulars. Nor did I search for Katie Couric’s groundbreaking televised colonoscopy on the Today show.  But I revisited my favorite piece about colonoscopies, written by HuffPo’s Ann Brenoff, Me, Bruce, And a Colonoscopy. I admire and envy anybody who can have a colonoscopy in the morning and go to a Springsteen concert that night.

I remember how shocked I was when Bruce appeared on the cover of AARP magazine. Farewell, my youth.

Come to think of it, Born to Run isn’t a bad title for a blog about colonoscopies.

My friend Peggy, who writes a weekly column for our neighborhood newspaper, wrote an amusing account of her colonoscopy. Peggy, being Peggy, made friends with everyone involved in the process and then went out for a nice big breakfast afterwards. During my mammogram, at the most uncomfortable moment of breast compression, the tech started chatting about Peggy. I have a feeling her name will come up during my upcoming rectal moment of truth. 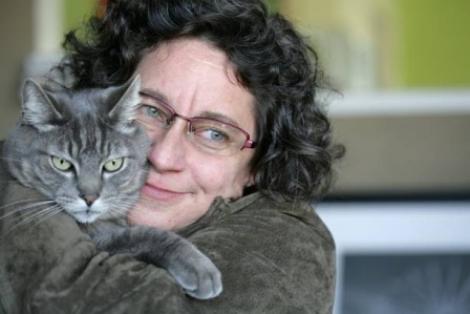 Dave Barry ‘s point about being a grownup made me reflect that it takes a few years to get the hang of being in one’s fifties. First there’s the initial shock, and then maybe some element of denial. You look and feel pretty much the same, everybody thinks you’re still in your forties, so it’s as if the decade shift never happened.

Without getting into personal details, women have a harder time sustaining this level of denial than men. But still, if we exercise regularly and figure out how to straddle the fashion line, dressing stylishly in a not-too-young, not-too-old way, we can chug along looking, acting and feeling exactly the same as we have for years.

The fact that I’ve spent so much time grappling over colonoscopies is a sign, I think, that I’ve begun a mental shift towards a different stage of adulthood.

In addition to a growing acceptance that you can’t defy aging, so you might as well make peace with it, there are two reasons for this:

1) Daughters #1 and #2 recently turned 16 and 14. These are my prime dispensing-of-parental-wisdom years. As I’ve been writing this on my laptop, D#1 has been sitting beside me on her laptop, filling out her first job application. Somehow, it comes in handy to be a fifty-something mom, a bit further removed from my youth, explaining the ways of the world. Our daughters think Jeff and I are impossibly square, even though they know bits and pieces of our checkered youth. “What do you think I was like as a teenager,” I asked D #1 last night, after she finished disparaging her dad for his innocent hippie youth. “I don’t know,” she said. “I know you wore flannel shirts and marijuana t-shirts, which is hard to believe since you’re so strict about what I wear.”

It seems so innocent now.

I’d like to take this opportunity to publicly thank Starbucks for explicitly stating on their application that employees are forbidden from having blue, pink or green hair, visible tattoos and unusual piercings. As D #1 would say, “Snap!”

The writer Elizabeth Gilbert, still a kid at 45, recently posted a great piece on Facebook, which has been making the rounds among my mom friends. In Defense of Teenagers is just the kind of old-soul wisdom you can dispense once you’ve made the mental shift towards remembering your youth, but no longer living it.

Over New Year’s D#1 and I sat side-by-side in front of a fireplace, taking turns reading chapters from Pam Houston’s Cowboys are My Weakness, one of the many books that saved me during periods of young woman despair. As I considered that book through my daughter’s eyes, I loved having the distance from, yet retaining the memory of, my confused younger self.

2) I work in an office where the employees range in age from mid-20s to early 70s. It reminds me of those number lines, when my kids were learning whole numbers, negative numbers and decimals. As someone currently smack dab in the center of the number line, I’m constantly enlightened and amused by my colleagues up and down the continuum.

The other fifty-something women in the office cackled at me when they heard that I have not yet gone through menopause (I felt like I was the only one who hadn’t yet gotten a drivers license), while our late-20s female colleague looked on in shock and amusement.

Twice in two days, when reviewing our website with younger colleagues and learning that they wanted less text and more visuals, I channeled Amy Poehler in Mean Girls.

I learned a lot about colonoscopies from a colleague nearly a decade younger than I am, who has been having regular screenings because of a family history of colorectal cancer. I love talking about Calvin Trillin and Art Buchwald and the optimism of the Great Society with the avuncular founder of the center where I work, and talking about where I was the day Elvis Presley died to colleagues who weren’t yet born.

Kimchi may be the generational glue that ties us together.

Here in Seattle, it’s become an artisan food item. I got interested in kimchi because I’d read that fermented foods help prevent belly bloat and contribute to optimal health. Some Korean kimchi was too strong for me. I decided to see what hipster kimchee was all about.

This set me off on a full-fledged, contagious kimchi kick. I couldn’t get enough of the stuff, eating it for breakfast over rice or oatmeal with splashes of soy sauce and sesame oil and a poached egg on top. My family laughed at me and then they got into the act. These days, when Daughter #2 rejects what we’re having for dinner, or is looking for comfort food, she turns to kimchi. Kimchi, eggs and rice has replaced pizza as a Friday night dinner staple.

At the suggestion of one of my colleagues (I work with several kimchi aficionados), I tried Britt’s Black Market Kimchi, making it a stocking stuffer for Jeff at Christmas (this required me to hide it in the refrigerator, sneak downstairs on Christmas morning to put it in his stocking and then make sure we didn’t forget to refrigerate it once holiday frenzy got underway.) The jar was finished by Boxing Day eve.

The crotchety old lady in me sometime rolls my eyes because, though I appreciate its quality and variety, kimchi, like almost everything else these days, is now a “thing.” And that’s where I turn to the wisdom of my elder Calvin Trillin.

Before a recent trip to Memphis, I read a piece Trillin wrote in 1985  for the New Yorker about Memphis barbecue. Would barbecue, he worried, “cross the chili line” and go from being a regional speciality to a commercialized caricature of its authentic self? I fear for the future of kimchi. But I’m happy to say that the barbecue I ate earlier this month in Memphis was authentic and down-to-earth and delicious. The music was great. And timeless.

One last thing about the joys of cavorting with folks at various points on the age continuum. The other night, Jeff and I had dinner with two fifty-something friends, one of whom Jeff has known since high school. We dined at the Walrus and the Carpenter, our neighborhood oyster bar, which has received national acclaim and can be hard to get in to, unless it’s early on a rainy, weekday winter evening.

Last to arrive, I had rushed over from work and was pleased to find a huge platter of oysters already on the table and a glass of Muscadet awaiting me. As I settled into relaxation mode, I became aware of the music that was playing —an eclectic mix of 60s and 70s tunes straight from my youth. There were the obvious ones, e.g. Whiter Shade of Pale, and some not-so-obvious one-hit wonders (remember Brandi and Dream Weaver?). Who, I wondered, had put this playlist together?  I asked to see the man behind the music, expecting someone around my age.

He wasn’t a kid, but he was a good fifteen years younger than my table mates and me. “How did you come up with this mix,” I asked him. “I’m just really interested in music; all genres, all eras.” He invited me to follow him on Spotify, which I did and I subscribed to several of his playlists, not just the “Walrus Classic” that was representative of my youth.

This is the year I’ll finally get my colonoscopy. I’m making the phone call on Monday, though maybe I’ll check first to see whether Bruce has any upcoming tour dates before I schedule it and if Peggy is free for breakfast. And maybe I’ll make a colonoscopy playlist, featuring 50 years of music.

P.S. D#2 just told me she’s having kimchi and peanuts for dinner.

2 thoughts on “Of Kimchi and Colonoscopies”