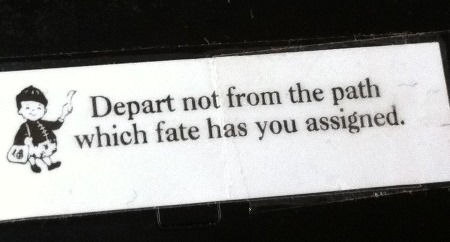 When the refrigerator shelf shattered, I didn’t see it as a metaphor, merely an inconvenience.

Daughter #2 had been on a summer fruit smoothie kick.  She put a blender jar of leftover smoothie on the top shelf of the refrigerator.  A few moments later we heard a crash.  The top shelf was intact, but three levels down, the glass shelf that sits atop the vegetable crisper had shattered into a zillion pieces.  I looked into the crisper and saw shards of glass adhered to leaves of cilantro.  In the door of the refrigerator, glass was stuck to condiment jars.

I closed the refrigerator door and walked away.

We own a narrow side-by-side refrigerator, which, in my view, is completely unsuited to family life, especially if the family chef is partial to ingredients such as preserved lemons, miso paste and globe-spanning varieties of red pepper paste. Other members of the household have pointed out (not so helpfully in my view) that if we had a “system” for organizing food placement, our refrigerator would work just fine.

During the 17 years that we’ve owned this fridge, we’ve had to replace parts; mostly the metal strips that slide into place making shelves in the door. Each time, this requires finding the serial number of our fridge, figuring out the name of the part and calling Whirlpool to place the order.

Whose domain this falls under, in our, I admit, somewhat gender-biased household division of labor, has often been called into question.  The bottom line is that ordering replacement refrigerator parts is a pain and nobody wants to do it.

The fall-out from the shattered refrigerator shelf dominated our summer.  First was the initial cleaning.  After ignoring the problem for a period of time and placing any salvageable food into a cooler, I realized I had to behave like a grown-up and clean up the mess. It was time consuming and messy and I felt like a martyr, mentioning my Herculean effort at every turn.

With one shelf and two crispers now gone from the refrigerator, storage was a problem.

I’m not proud of this.

Then came dealing with the cooler, namely, remembering to keep it filled with ice. In the meantime, we had to catalogue all of the broken refrigerator parts.  We determined that the shelf had shattered because the metal frame around it was bent, thus weakening the set-up. The frame and shelf balanced on a series of protrusions from the sides of the fridge.  One of these was broken. Both of the crisper bins were cracked and several of the door shelves needed new corrals. I pulled up the online diagram of our Whirlpool model, trying to match what I saw in the picture with what I saw in the fridge.

I turned off the computer and walked away.

Jeff went out of town and I got a new full-time job. In the days before I started it, I had two back-to-back book promotions and a heap of freelance writing work to complete.

No time to deal with the fridge. The girls and I ate out instead.

Once back at work, I had decided to remake myself into a new, more time-efficient model of the already pretty productive me. Up at the crack of dawn to exercise and take on household chores, stopping at the grocery store on the way home from meetings so we would have food for dinner.  Nary a moment wasted. 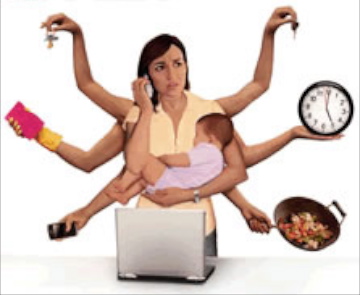 The piece of the refrigerator puzzle that had stumped us was figuring out how to remove the protrusion on the appliance walls that the shelf and crisper balanced on. My handyman neighbor told me there was a refrigerator supply shop nearby. If I took a photo of the part, they could order it and everything else I needed.  There likely would be directions on the part packaging that explained how to remove the old one and install the new one.

This was the key to success.

My first week on the new job I stopped at the refrigerator supply store in between meetings to order what we needed. It was unseasonably hot in Seattle and my business-like jacket was sticking to me, as I purposely marched into the shop, woozy from the heat and the fact that I hadn’t eaten in seven hours. I whipped out my iPhone and showed the clerk the photo of the “fridge nipple.”  In a matter of moments, we ordered it, two new crispers, a new glass shelf and several door shelf apparatuses. 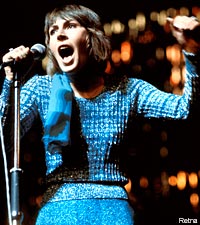 She was roaring long before Katy Perry.

Back to the refrigerator supply store a week later, I picked up boxes of parts (en route from one meeting to the next) and triumphantly brought them home.

And returned again a few days later to order the correct fridge nipple, without which we could not install any of the other parts. Was it naive of me to assume that the two sides of the refrigerator were symmetrical?

As the refrigerator saga wore on, I discovered that my attempts to balance work and family without a hitch did not always go as planned.  There were the days when I was too tired to cook or too busy to think about food.  A lot of pizza was consumed.

There was the night when I felt we had hit rock bottom as a family and the night after that, when, of their own volition, Daughters #1 and #2 made us all a delicious multi-course dinner and cleaned up too.

There was the moment when I collapsed in tears on the floor of the pantry, fatigued and frustrated, and the moment after that when Jeff unveiled the now put-back-together, clean, organized refrigerator.

It only took six weeks.

Gradually, I got used to my new, busier schedule and was able to cut myself slack when I was too tired in the morning to wake up for 6 a.m. boot camp and too tired in the evening to make dinner.

I was able to smile magnanimously when Jeff agreed to take the girls shopping for school supplies. “He has no idea,” Daughter #1 said, rolling her eyes.  As the first day of school approached and supplies had still not been procured, she walked over and hugged me. “Please, Mommy (she hasn’t called me Mommy in ten years).  Please, will you take us shopping?”

Jeff and D#1 attended the 9th grade potluck without me on the night before the first day of school (after an emergency trip to purchase a backpack for D#2) because I was out covering the tense Seattle teacher contract negotiations.  Later that night, when D#1 succumbed to pre-first-day-at-a-new-school jitters, Jeff made her peppermint tea, because I was busy filing my story.

There was the rushed trip across town to make a casserole for D#2’s class potluck, which I managed to attend, rushing across town again to get there in time.

And, interspersed with all of it, there was even some real cooking.

Sometime in late summer two friends in different parts of the country posted references to Hatch chiles on Facebook.  I was chagrined to discover that I didn’t know what a Hatch chile was.

Before I knew it, I began to see references to Hatch chiles everywhere. 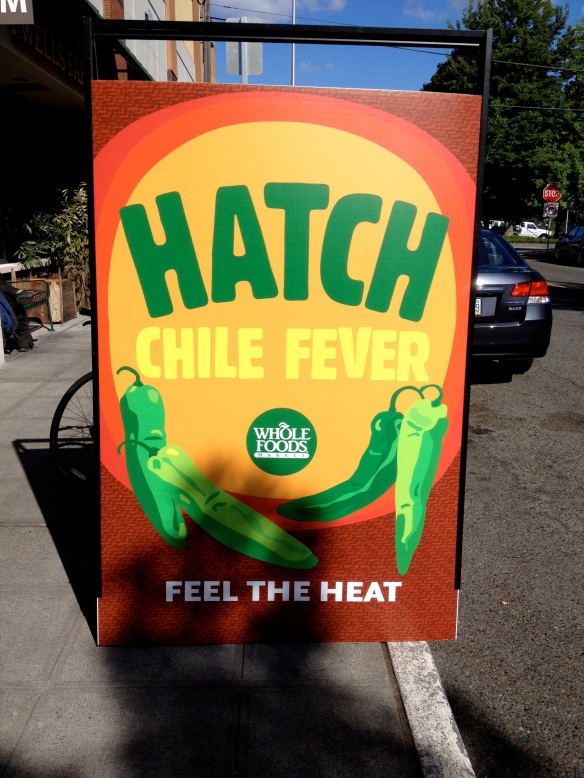 Eventually, I figured out that Hatch chiles are New Mexican chiles with a marketing plan. 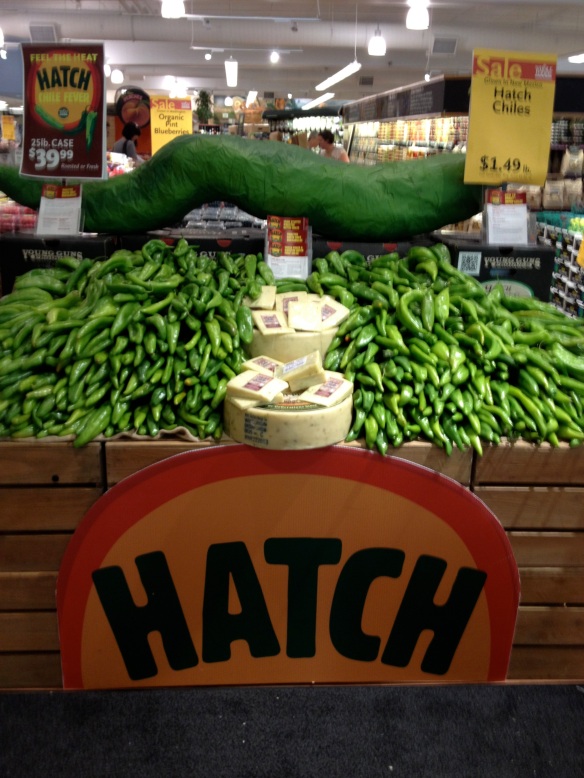 pulled out my trusty Crockpot and cooked up some Hatch chile verde.

Though it wouldn’t be the case every night, that night we had a hot, home-cooked meal.

All was right with the world. 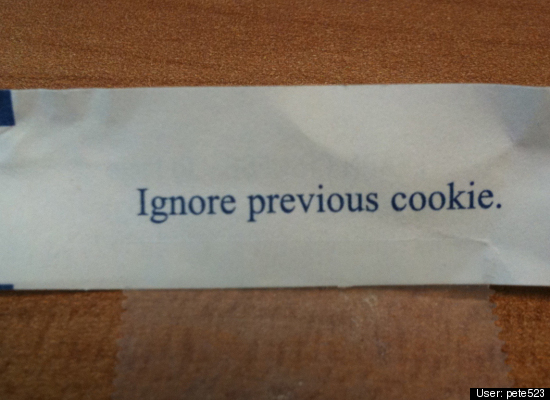 7 thoughts on “Refrigerator Wars: Work-Family Balance in the Crisper”