I’ve been a big believer in reinvention in my life, so it’s come as a surprise to me that in recent years I have embraced my New Jersey upbringing. 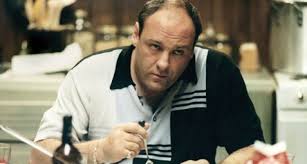 I fled the Garden State in 1979 and haven’t looked back. I made a brief return for a family wedding in 1993, but had to turn around and leave almost immediately because the President of Sri Lanka was assassinated.  I was the State Department’s Sri Lanka country officer at the time. Sri Lanka did not normally occupy the world stage, so when it did, I wanted to put to use my accumulated expertise about the country and be there for the briefings and press inquiries and late night work sessions, all commonplace for those responsible for sexier countries, but a novel experience for me.

Some in my family suggested that I was a little too happy to leave the state of my birth that fateful weekend.

I lived in Europe, California, Washington, D.C. and Asia, before settling in Seattle.  Along the way I shed the most obvious trappings of my New Jersey heritage (though I would like to state emphatically for the record that I never had Big Hair).

Seattle is perhaps the polar opposite of New Jersey, and my Scandinavian neighborhood Ballard, especially so.  Most Caucasian inhabitants of the city can trace their roots to Northern Europe and have the characteristic calm and reserve of those cultures.

People don’t yell in Seattle.  People don’t argue in Seattle. If they must disagree, they do so carefully and politely. They don’t “lay out” to get a deep tan, they prefer polar fleece to “wife-beater” tank tops and they retreat indoors if the weather gets too hot. 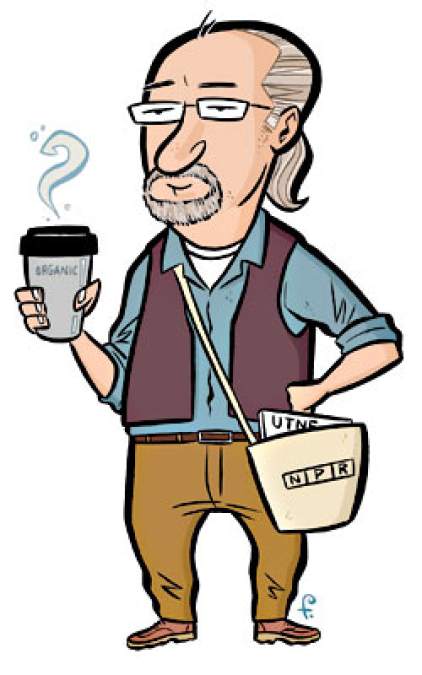 People in Seattle don’t say fuck. Though, like decent bagels and good pizza, the f-word can occasionally be found in Seattle, the 250 or so different intonations of the word have not found their way into common parlance here.

The Sopranos debuted in January 1999, the month and year my first child was born.   I don’t remember when Jeff and I first started watching it. We weren’t big TV watchers and didn’t have HBO.  I think it was my brother, who lives in Hawaii, but retains much of his Jersey demeanor, who got us hooked, by sending me videotaped episodes of Season 1.

He couldn’t keep up with our demands for more, so I turned to an unexpected source: my Scandinavian-American neighbor B., who videotaped episodes for her Norwegian fisherman husband to keep him occupied during his months at sea.

Seafaring life is “salty.” I am only now considering the impact “The Sopranos” could have had on the inhabitants of that boat.

By now, my daughter was in pre-school. Word must have somehow gotten out that I had access to “The Sopranos,” because I was approached by unlikely fans: a blonde, mellow California woman and her equally chill husband, who asked if I could pass the videotapes on to them when I was finished watching.

Once, there was a glitch in the supply chain and B. was delayed in getting the next installment to me. The Mellow Couple appeared at my house asking where their tape was.

For a moment, I thought I was about to get whacked.

Eventually, we began renting “The Sopranos” on DVD from our neighborhood video store.

The kids got older and I sometimes regretted that I was so far away from home and family.  They had so little contact with my heritage and very little sense of who I had been.

So I cooked. Years of watching Carmella Soprano bring Baked Ziti to the table for Sunday dinner had made my mouth water and so I made some too. I explained to my family that, though we were New Jersey Jews, the closest thing we had to traditional family recipes was Italian food.  My mother’s Veal Parmiagiana, her stuffed shells and mancotti (which she pronounced like a true New Jersey Italian, dropping the final “i”), stuffed peppers, and more. 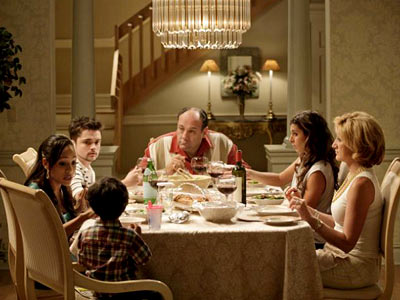 Jeff, who is pretty mellow and spent much of his youth in California, indulged my fascination with the Sopranos, even as it got more and more violent.

“There he is,” I would sometime say, when he walked in the door after work.

The series ended and I never found anything to fill the New Jersey hole inside of me. Yes, I dressed up as Snooki one year for Halloween, but though I grew up there, I could never be a fan of “Jersey Shore” or the”Real Housewives of New Jersey.” 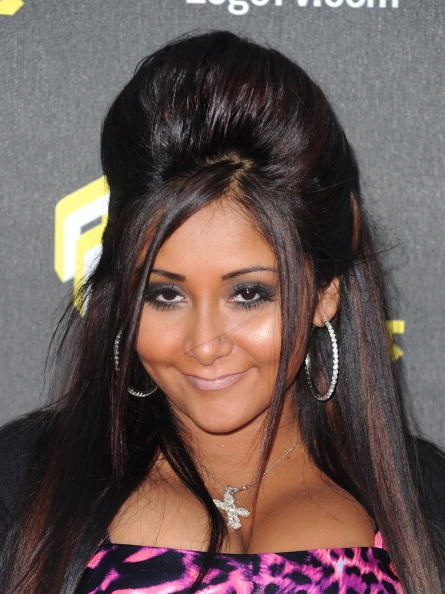 “The Sopranos” wasn’t parody. It was Shakespeare with red sauce.

A few years ago, I was asked to perform at a live storytelling event.  The piece I performed was entitled “The Battle Cry of the Jersey Mother,” in which I explained why judicious use of the word fuck could be an effective parenting tool.

My kids loved it.

They listened to me whoop and holler as I watched the 12/12/12 concert to raise relief funds for the devastation caused by Hurricane Sandy. Check out this moving editorial.

Now (when they aren’t rolling their eyes at me) they love my Jersey persona. If I’m upset at some injustice they’ll say, with admiration, “Don’t go all Jersey, mom,” not-so-secretly hoping that I will.

Recently Daughter #1 told me that she and some middle school classmates were discussing their parents’ taste in music and she told them how much I loved Bruce Springsteen.

James Gandofini was 51 when he died; the same age as me. Like me, he was celebrating his eldest child’s graduation from middle school.

Much has been said about his gifts as an actor and the way he and others associated with “The Sopranos” revolutionized television.

I’ll always have fond memories of snuggling up with my husband after the kids were tucked in bed, watching bodies get put in the trunks of cars or dumped in the river.

But the true legacy James Gandolfini and “The Sopranos” left me was a way to embrace my roots and share them with my kids.

The only appropriate thing to say about his untimely death is:

I’m currently on vacation, so don’t have access to my trove of cookbooks to give you a recipe. I don’t actually have “the recipe” for Baked Ziti, that tastes as wonderful as it did when I was young.  Since it’s summertime, I suggest you get yourself a slice of thin-crust pizza with no yuppie ingredients on it (this is the one time I will advise you to stay away from merguez, despite the fact that it’s surprisingly good on pizza), raise it to your lips and show some respect.

6 thoughts on “How Tony Soprano Helped Shape My Identity”