To celebrate Mother’s Day, this weekend my book, Ruminations from the Minivan:  musings from a world grown large, then small, is available as a free Kindle download.  Here’s the link.  I hope you’ll give it a try and tell your friends and loved ones too.  And if you like the book, please consider posting a review.  Thanks!

My grandmother, a wise, warm woman who made French toast out of hot dog buns and called it Belgian toast, used to say “Every day is Children’s Day.” 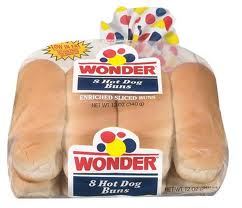 She was a wonderful, inspirational person but, with the exception of latkes, not much of a cook.

In fact, the 1960s were not nearly as child-centric as today. The sometimes controversial writer Caitlin Flanagan summarized it aptly:  “When we were children, we followed our parents around.  Now we follow our children around.”

It will be 80 degrees and sunny today in Seattle.  What will I be doing?  Schlepping kids to school, a track meet, a volunteer appreciation party, a dance and possibly the mall. I find it amusing, and admittedly sometimes annoying, that the teenagers in my life plan all sorts of group excursions that involve driving hither and yon, but they often forget to consult the drivers. 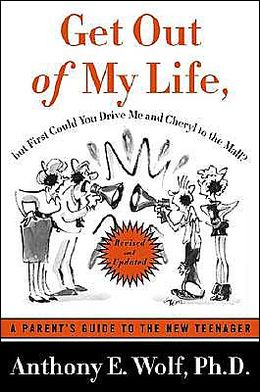 It’s probably time to put this on my reading list.

Because they text instead of talking on the phone, the logistics can drive even the coolest of parents crazy. Example:  Daughter #1- Can you take my friends and me to the mall? We want to go to the Alderwood Mall (15 miles away from Seattle). It has better stores.  Me:  (attempting to dry my hair)  Sure, but I have to stop at Northgate Mall (5 miles away) first to return something.  D #1:  My friend E. will meet us at Alderwood. What time should her mother bring her there? Me:  I’ll pick her up. It’s on our way. Daughter #2:  I want to go to the mall too and invite a friend.  D #1:  I just texted E. and told her to meet us at Alderwood Mall. Me, getting frustrated:  I told you I would pick her up. (This exchange actually went on for several additional rounds and involved several hair dryer interruptions).

Surprisingly, the phone rings and it’s not a telemarketer:  It’s H., friend of D #1:  I texted E. and asked her to ask her mother to drive her down to my house so we can go to the mall.  Me:  I said I would pick her up on the way to the mall so her mother doesn’t have to drive her anywhere.  D#1:  Calm down, mom. Me: Text E. and tell her I will pick her up. D#1:  Stop yelling, you’re ruining everything. Maybe I just shouldn’t go to the mall.

Me: WHY IS THIS SO HARD AND WHY CAN’T I DRY MY HAIR?  Pick up the phone and CALL E. and confirm that I will pick her up.

In the car, much to D #1’s mortification, I lectured everyone on effective communication, minimizing our carbon footprint by not driving unnecessarily and not inconveniencing parents, who may actually have things they want/need to do.

When we got to the Northgate Mall we learned that D#2 had neglected to tell her friend B. that our final destination was the Alderwood Mall. B. had neglected to mention that she had a volleyball game in an hour.

We waited for B.’s father to come to Northgate Mall and pick her up.

If there were a logo to describe me as a mother these days it would be a sponge. 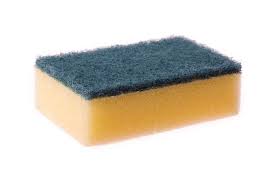 Not because I clean, but because as the first line of defense of the family, I absorb everyone else’s emotions.  I also step in to resolve messes, sometimes (such as prior to having my morning coffee or during the aforementioned mall logistics) I can be abrasive and I adapt to a variety of tasks.

But lately I’ve been wondering whether if I knew then what I know now, I would have chosen to quit my career to become a full-time mother.  In my book and on this and other blogs, I’ve chronicled the intellectual frustrations I felt, which clashed with the stronger pull to be there for my daughters.  Now, almost fifteen years later, I am dealing with the economic ramifications of my decision.

Originally this post was entitled the Mommy Track and Freekah-nomics (you’ll see why in a few minutes). 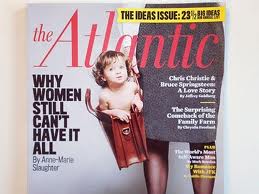 Now that I’m ready to “lean in” and go back to work full time, I’m discovering that the years I spent freelancing, volunteering and doing a little of this and a little of that, were years not spent developing expertise in a particular field.  I’ve got a pretty interesting resume, which shows that I am smart and as adaptable as that sponge I mentioned. But, though I’ve reinvented myself professionally several times,  it lacks fifteen years of targeted experience with increased responsibility.  This, I realize, will hurt me in a tight job market.

Jeff and I have an artist friend named T. who has spent her entire adult life cobbling together different jobs to support herself.  She’s also managed to squirrel away enough money to take several international trips.  Currently, she and her husband (who’s had a similar work life) are at the end of a year-long, round-the-world trip, which they have been documenting on Tumblr.

Though not lucrative and often uncertain, freelancing makes for a pretty nice “stop and smell the roses” kind of life. 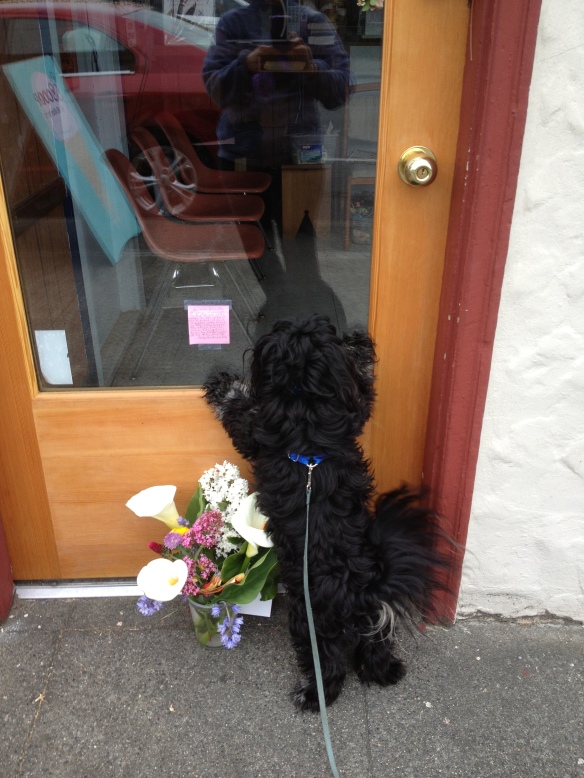 Every Tuesday Kobe and I used to visit our neighborhood barber, who welcomed canine visitors and gave them  “pupperoni” treats. He passed away last week. Our neighborhood misses him.

So, I’ve chosen to be inspired by the flexibility and serendipity of T.’s unorthodox career. I’m cobbling together several different freelance jobs to help support us and squirrel away enough money to take a trip next spring (Belize, anyone?).

I hope you enjoy it.  Now if you’ll excuse me, I’ve got some driving to do.

2 thoughts on “Every Day is Mother’s Day”