Now that all the hoopla has died down — two birthdays and a book launch party in one week, surprise out-of-town guests for said launch party and a delicious weekend of basking in the glow of friends, family and accomplishment — we’re back to business-as-usual and the daily slog of work, deadlines, school and the dishes and laundry that seem to mysteriously pile up when I’m not looking.  Add to that high school tours, flu, a middle-aged basketball injury and it’s hard to remember what all the fuss was about. Oh yeah, I wrote and published a book.

You may have seen me decked out in a red dress and heels the night of the party, but it was also me you saw this morning at 6:55 in my pajamas, robe and Uggs at the ATM in downtown Ballard getting the forgotten funds for Daughter #2’s lift ticket, so she can go on ski bus tonight (we were wise to get D#1 a season pass; I realize this now).  Tonight, at 11:00 p.m., Jeff and I will hop into our respective cars and head to the daughters’ respective schools to pick them up from their ski forays.  We’ll be off to D #2’s  basketball game in the morning.  I will be grateful that there is no weekend swim meet requiring me to sit on uncomfortable bleachers for four hours to watch D#1 swim for less than ten minutes total, as I did last weekend (I entertained myself by reading Getting to Calm:  cool-headed strategies for parenting teens and ‘tweens, but kept the book cover hidden, so D#1 wouldn’t be mortified).

Someone else seems to be interested in these pearls of wisdom.

Tomorrow afternoon we will make dumplings with a group of Chinese exchange students to celebrate Chinese New Year.  Today I’ll need to find a mango-based Asian dessert recipe and prepare said dessert for said party.  Someone needs to buy a gift for a birthday party on Sunday. The beat goes on.

A few days ago I was scheduled to be interviewed about my new book by our local newspaper.  By local, I mean neighborhood. Seattle is a city of neighborhoods and my neighborhood, Ballard, has a particularly strong community, a community newspaper and a popular blog.  Until D #2 started going to school across town, I rarely left Ballard. There is some truth to the bumper sticker you sometimes see around here:  “If you can’t find it in Ballard, you don’t need it.” My friend Peggy, a columnist for the Ballard News Tribune, beautifully summed up our attachment to our neighborhood. The interviewer was to be a journalism student at the University of Washington named L.  “Go easy on him,” Peggy said.

L. and I arranged to meet at Caffe Fiore.  There are actually two Caffe Fiores in Ballard — one in the Sunset Hill region of the neighborhood, that is favored by families and people with dogs, but doesn’t have WiFi, and one in downtown Ballard, that is favored by childless hipsters and WiFi aficionados.  I gave L. the address of the Sunset Hill Caffe Fiore, where I do much of my “business,” because it’s closer to my house and it’s easy to park there.  Still, I wasn’t surprised, while sipping my double short non-fat latte, to receive an email from L. saying he was at the other Caffe Fiore.

I found him amidst the laptops, he turned on the voice recorder on his iPhone and we settled in to talk. 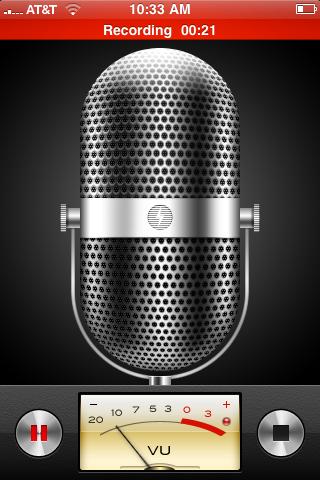 I interview people for a living but have rarely been interviewed myself.  To be honest, I expected L. to ask me some rote questions about my book, which I am fairly certain he has not read, and to go through the motions of interviewing a 50-something year-old-woman with whom he has nothing in common.

How many times have you encountered young relatives at large family gatherings or seen the college-aged kids of your friends and asked them about their studies and their plans for the future?  These conversations always seem rather one-sided:  you, the experienced adult, offer suggestions about internships. You offer to put in a good word with the friend of a friend, who may be able to offer some help.  You inquire about hopes and dreams and inject some practicality into the conversation.

L. was not particularly interested in my book,  but he was interested in my life.  He asked me to reflect on which accomplishment made me proudest (Foreign Service officer, mother, journalist or author) and I had to think before responding that I was proudest to have figured out how to have accomplishments in each of the different phases of my adult life.

We talked about the differences in international travel in the pre- and post-Internet world.  “Don’t underestimate the value of truly being away and unplugged,” I said.  “The examined life is important, but not if you are living your life so it can be examined.”  Then I sheepishly remembered that I am a blogger (and a person, Jeff would point out, who is tethered to her iPhone).

But here’s what really struck me.  L. wanted to know about my future.  He asked me about  my hopes and dreams. He questioned me about my values and how I would apply those to whatever I hope to do next.

At 51, it’s easy to think the course has been set.  We get so caught up in thinking about our kids’ futures that we forget to think about our own, other than squirreling away money into retirement funds.

It’s not that we don’t grapple with what we want out of life, it’s just that we’re busy being practical and making sure our kids get to ski.

Seeing yourself through the eyes of a twenty-year-old, who is not your kid, can be revealing, especially when they turn the tables on you and ask you to dream.

I’m looking forward to reading L.’s story, to see how our conversation resonated with him (turns out, my aerobics buddy K. is L’s journalism professor and will have a hand in editing the story.  I’m hoping, in fifty-something solidarity, she ensures I come across well. Another perk of living in a small community).

For the record, I want to tell L., his professors and his parents that I think he has a bright future ahead.

But I especially want to thank him for for reminding me never to stop asking yourself the big questions, even if the answers are not on the tip of your tongue.

There is an interesting article about “twenty-somethings” in the January 14 issue of The New Yorker called Semi-Charmed Life, that I encourage you to read, along with the Letters to the Editor in response to this article (some from fifty-somethings), which appear in the February 11&18 issue of the magazine.

Years ago, when I was in my twenties and living and working in Thailand, I met New York Times journalist Nicholas Kristof and his wife Sheryl WuDunn in Laos (I think on a flight from Vientiane to Luang Prabong).  They were young too, living and reporting in Beijing, where the Tiananmen Square uprising had recently occurred.  They won the Pulitzer Prize for their reporting from China, Kristof became an Op-Ed columnist, often focusing on the plight of disenfranchised peoples around the world, and they wrote Half the Sky:  Turning Oppression Into Opportunity for Women Worldwide.

Kristof, a native Oregonian, has written about the importance of wilderness experiences, describing the annual backpacking trip he takes with his family on the Pacific Crest trail.

He’s just announced that he is taking a leave from his column to write another book with Sheryl WuDunn.  He says, “The theme is the benefits to ourselves when we engage in a cause larger than ourselves, and, given that, how we can engage in a way that actually works. In other words: the emerging science of how to make a difference.”

I appreciate contemporaries of mine, such as Kristof and WuDunn, who continue to ask the big questions and share what they’ve learned to benefit us all.

8 thoughts on “Explaining Myself to a Twenty-something”