I still remember the moment I decided to ignore the information that hormone replacement therapy during menopause could lead to increased risks for breast cancer and heart disease.

I was forty, or slightly older, with a baby and toddler, and having a hard time keeping things together.  A friend had told me about a video that was going viral on the Internet (pre-YouTube) showing a frazzled mother who had lost her keys. I’m not overstating when I say she “overreacted.”

“You might want to watch it,” hinted my friend, who is childless.

That’s when I learned about perimenopause, that undefined state that can last a decade or more, in which a woman’s hormones start going kerflooey and her emotions can get exaggerated. Superimpose that onto new motherhood. It wasn’t always pretty.

So when I saw the article about hormones and menopause, even though I knew it was important, I made the conscious decision to ignore it. “I can’t deal with menopause when I am trying to deal with perimenopause,” I decided, using the “one day at a time” strategy that experts advised for women in an enhanced hormonal state. I made the same decision about college, ignoring articles in the New York Times education supplement about student resume building and Top Ten Colleges to Watch. Views on hormone replacement therapy and college would change by the time they affected me, I reasoned, and pretty much cruised through the next ten years managing my life and my monthly symptoms just fine, with the help of some excellent dark chocolate.

Lo and behold, there’s no longer any denying that in the next four years I will have to deal with both menopause and college.

Daughter #1 and I attended a presentation at her middle school entitled “High School and Beyond, Taking Charge of Your Destiny.” We learned that grades count from Day One in high school.  We learned the recommended GPAs to get into all of the colleges in Washington State, as well as some University of California schools, Stanford and MIT.  UCLA likes leaders, we were told. We left with a pocket-sized card listing the recommended college preparation steps a student should take in grades 9-12.

Around this time, my “Aunt from Redbank” (as the monthly visitor was known when my mother was growing up in New Jersey) started showing up more frequently and overstaying her welcome. Just as D#1 couldn’t escape the inevitable, neither, apparently, could I.

I turned once again to Dr. Christiane Northrup’s book The Wisdom of Menopause, which is chock full of interesting and useful medical information, but which, as I’ve mentioned before, does seem to have a not-so-hidden agenda about jettisoning husbands. I learned estrogen dominance could be the root cause of my excess bleeding and maybe even my excess belly fat (a girl can dream).

Meanwhile, Dr. Northrup advised me to contemplate who was draining my life blood from me. 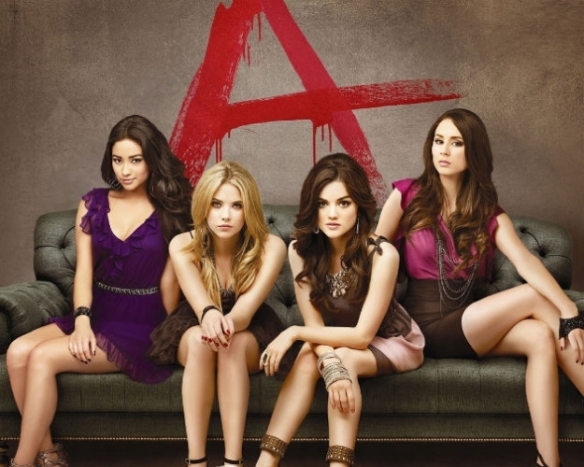 Though I’ve mentioned I suffer from latrophobia, I actually made an appointment to see my Ob/Gyn.

The week I had to wait to see him was tough.  It’s June, a time that any mother can tell you, is crazy with end-of-year this and summer planning-that.

It’s another graduation year for our family and, though I won’t be weepy at the ceremony as I was last year and two years before that, there’s no denying that we are moving into a new phase of life and time is marching on.

To calm myself, I turned to the thing that helped me through new motherhood and perimenopause: cooking.

Unusually alone on Sunday morning and feeling under the weather, I comforted myself with a batch of shakshuka, using my standby recipe from Yotam Ottolenghi‘s wonderful vegetarian book Plenty.

Come Monday, the beginning of the last week in the end-of-school marathon, the week of my doctor’s appointment, graduation and a week that Jeff would be partly out of town, I found myself unable to focus on work.

So instead I focused on cooking:  My weekly batch of Early Bird granola, Lahlou Mourad’s fantastic piquillo almond dip for Daughter #2’s Global Issues celebration (I unwittingly violated the school’s “no nuts” policy, but people loved it anyway) and the “Very Full Tart” from Plenty. 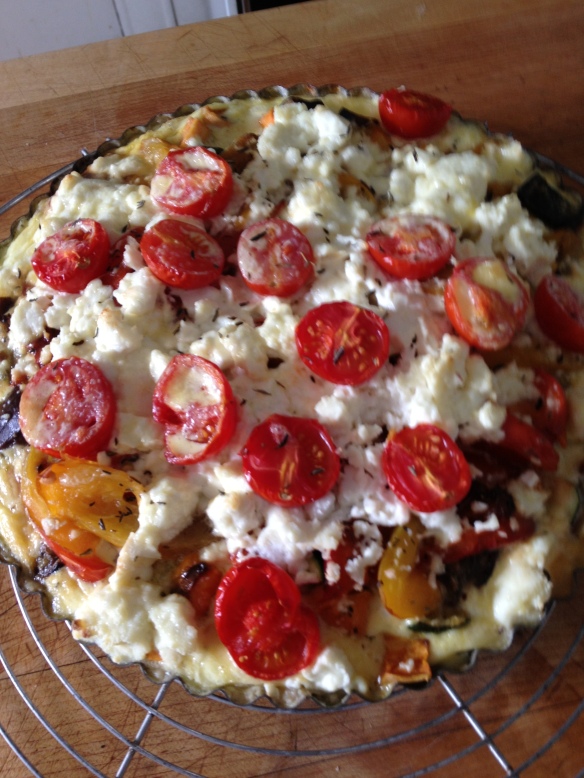 This soothed me in a way that no hormones or dark chocolate ever have and it got me thinking:  If Julie Powell could cook and blog her way through the “crisis” of turning 30, why couldn’t I cook and blog my way through menopause?

Maybe I’d get a book deal.

I wonder who would play me in the film?

A girl can dream.

So, just as I used to incorporate European Chicken Night into my (almost) weekly repertoire, I am hereby introducing Mostly Mediterranean Menopause Night (though I will probably keep the name to myself) featuring mostly the recipes from Yotam Ottolenghi’s three cookbooks, with some recipes from Lahlou Mourad, my Turkish friend Sureyya, Greg Malouf (author of Turquoise) and other luminaries thrown in.

Here’s the recipe for the Very Full tart, which made me feel very virtuous when I made it. I am not the only person inspired by eggplant. (To the horror of D #s 1 and 2, I sing this song and dance around the kitchen pretty much every time I make it).

It tasted great cold the next day.

Recently some friends and I took another cooking class with Sureyya. The following week, a group of us, who first met when our high school-bound kids were in kindergarten, gathered at Sureyya’s wonderful Cafe Turko, to support a friend whose husband suffered a brain injury.  Sureyya joined our group of women and laughed and talked with us.  Later, she joined me in donating food to my friend and her family.

May peace return to Turkey.

Mix all ingredients in a large bowl.  Marinate for 15 minutes. Serve with warm bread.